6 replies to this topic

Firepower:
The vehicle as shown at Eurosatory is outfitted with a LANCE turret mounting a stabilized, externally powered, automatic cannon of 35mm caliber, with airburst munition support. This allows the Lynx to engage targets at ranges of up to 3,000 meters, both when static and when on the move. The vehicle's main armament has an elevation of between +45˚ and -10˚, and has an average rate of fire of 200 rounds per minute.
The vehicle can also mount an optional anti-tank guided missile launcher.The demonstrator vehicle at Eurosatory 2016 was outfitted with a twin-round launcher for the Spike-LR ATGM. 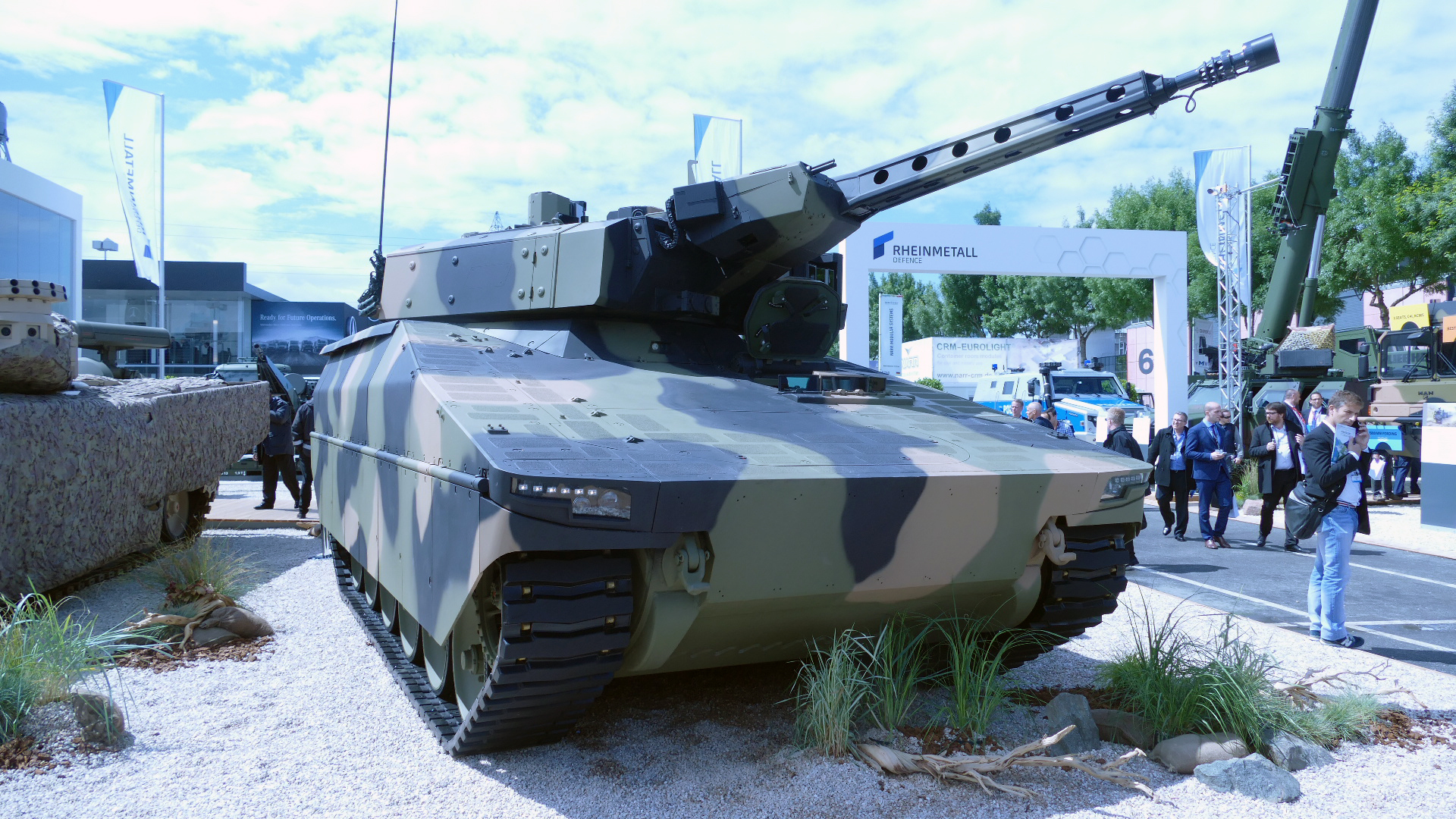 more then likely is.

Our most basic common link is that we all inhabit this planet. We all breathe the same air. We all cherish our children's future. And we are all mortal.- John F. Kennedy 1963.

I knew you want it

It is highly upgraded marder.

If I do not answer straight away, please pick one of my standard responses listed below - mood dependent. <p>Realistic: Adapt your expectations, reality may surprise you. Cautionary: You always have a choice. Unsympathetic: Better you than me.

Also tagged with one or more of these keywords: IFV, Germany