5 replies to this topic 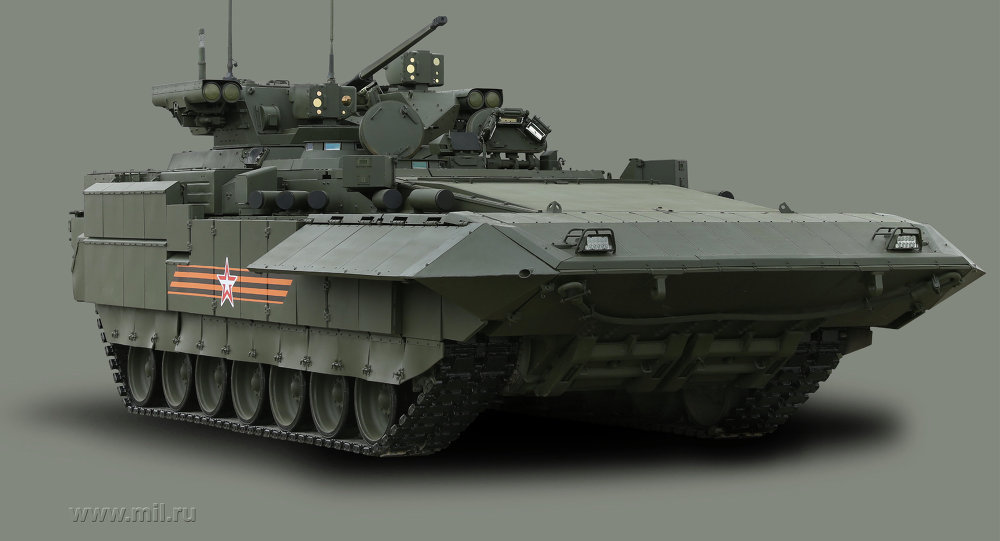 Armament:
The T-15 features remote control turret with its 2A42 30mm auto cannon (AP/HE rounds) and a bank of two Kornet-EM anti-tank guided missiles on both sides.
Also in development is the AU-220M Baikal remote turret that features the AK-257 57 mm semi-automatic naval gun and the 9M120 Ataka anti-tank missile. 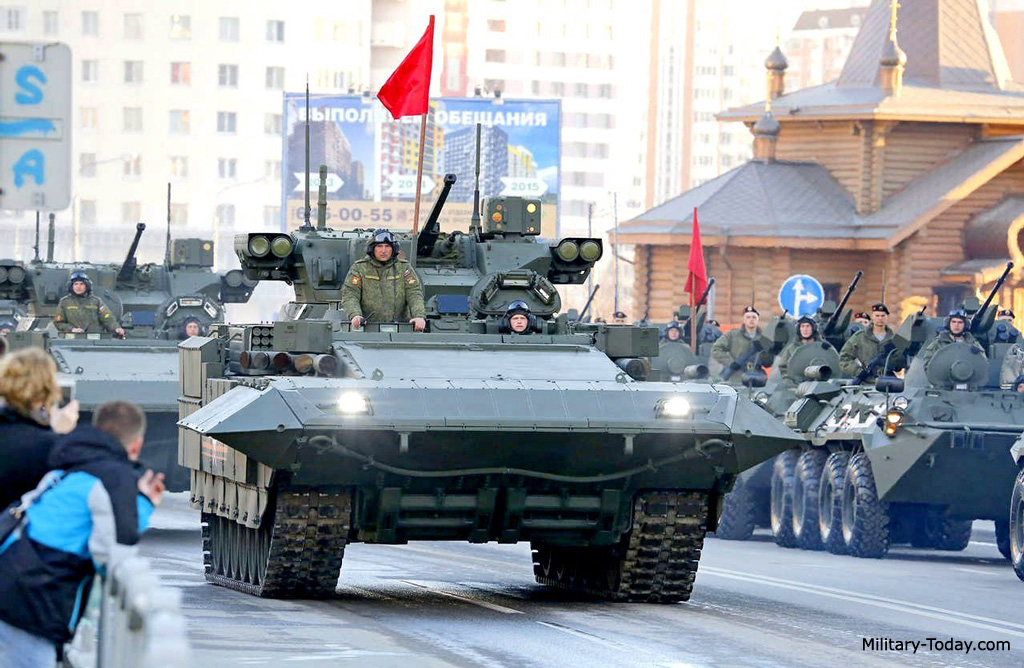 Armor: Steel and ceramic composite 1200-1400 mm vs HEAT
The Russian T-15 is based on the T-14 tank hull, with its engine relocated to the front to accommodate a passenger compartment in the rear, which adds the engine as a type of shield against frontal hits; passenger capacity is estimated at between seven to nine troops. At 48 tons, the vehicle is slightly heavier than the T-90 main battle tank (46 Tons). It has several features, including a built-in entrenching blade and the T-14's numerous cameras and sensors.

The T-15 has "an unprecedented level of armor protection," including improved passive steel and ceramic composite plate armor and a slat armor cage at the rear. Its new Malakhit (Malachite) ERA is claimed to protect against ATGMs like the FGM-148 Javelin and Missile Moyenne Portée (MMP) and 120 mm tank rounds like the German DM53/DM63 and American M829A3 APFSDS sabots 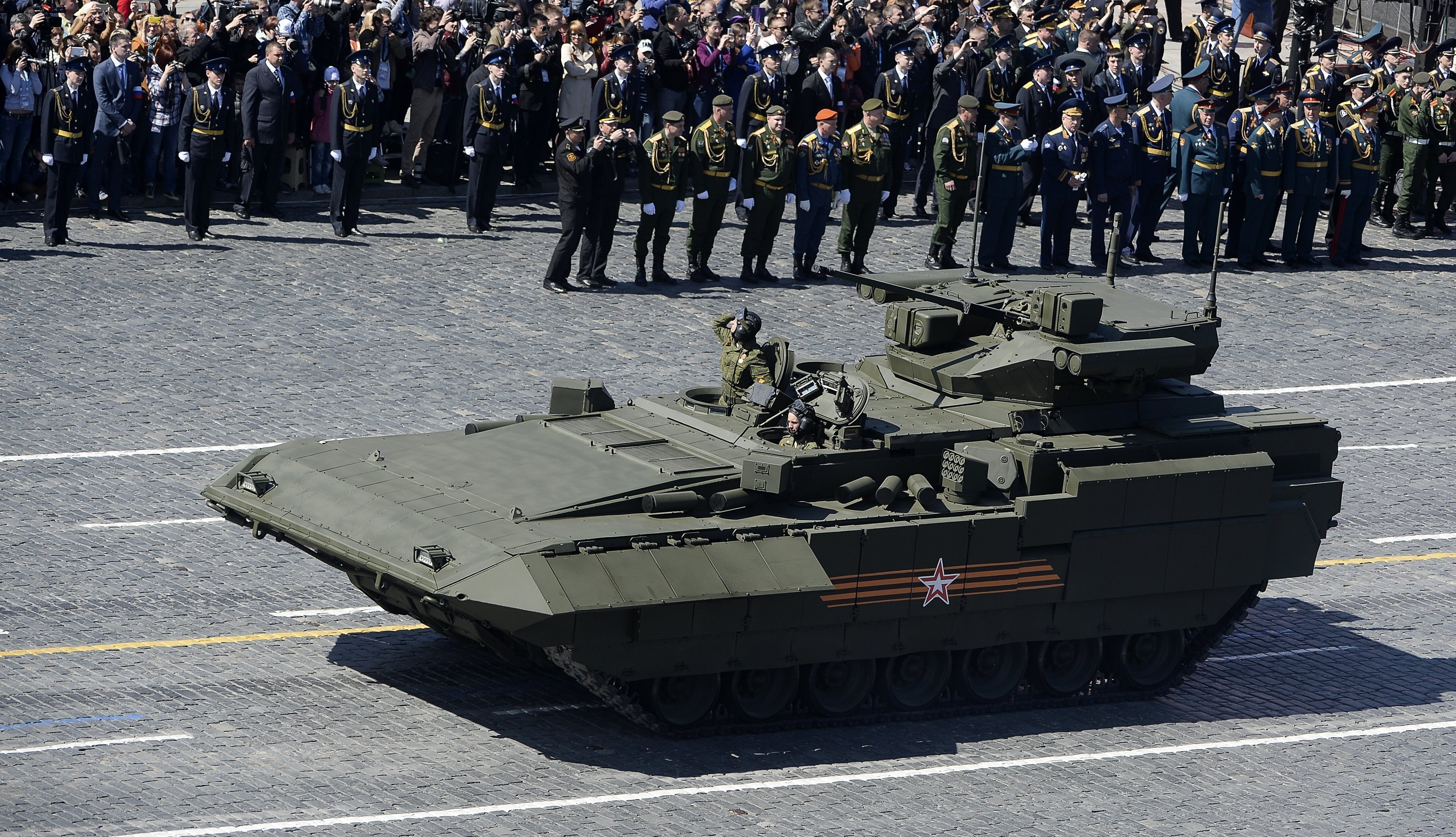 Mobility:
Unlike the T-14 it has its engine in the front. It is powered by a new generation 1,500 hp multifuel diesel engine coupled with a hydro-mechanical automatic transmission, has a combat weight of about 48 tons, a maximum road speed of 65–70 km/h (40–43 mph)

It is nice addition to the game to be heavily armored more than the BMPT, it has good slot on the research tree above armata

Idk where but i suggested it once and they said t15 too big ._.

Idk where but i suggested it once and they said t15 too big ._.

Where? And look at Conquer size

*Pulls out PS4 controller* "Time for a test drive."

Some people say 'modern tanks are the best', i say 'no, tanks that are from games and haven't been built in real life are best'
Back to Vehicles

Also tagged with one or more of these keywords: IFV, Russia