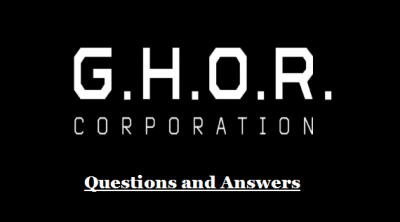 This topic is for those who wish to submit questions in which the developers will answer. Only questions should be posted in this topic.

If you wish to discuss anything please go to the topic dedicated for this.

Please ensure that you read the information topic to ensure questions posted follow the forum rules and the quidelines.

If there are too many questions provided in a Q&A session then the 15 questions with the highest likes will be used. It is in your interest to like any idea you see so that it will have a higher chance of being sent to the development team. The deadline for providing questions will be Monday at 12pm GMT. If you miss out or your question does not reach the final 15 you can always try again in the next Q&A session.

Lastly there is no set time in which the answers will be posted. Time must be given to allow the developers to answer the questions.

I've been wondering for awhile now; this question not really pertaining to the update, but the game development in general. What is the generalized process for implementing a tank in the game (From creating it, texturing it, and balancing it's stats)?

Also how will tanks preform in general with new psychics will they preform similarly to how they do now or completely different?

Our most basic common link is that we all inhabit this planet. We all breathe the same air. We all cherish our children's future. And we are all mortal.- John F. Kennedy 1963.

As a Youtuber who makes videos of Tanktastic, my question is -

Will we soon have a cinematic mode which removes the HUD (eg crosshair)?

Thank you to the developers for taking the time to answer our questions.

Apple replayKit will be added in future updates?
Or other in-game recordings tools
And the support to iOS 10

Why is English Community always on far end? What is creating problems with propper info flow except of bias wich is clearly seen in contests/tournaments etc? Btw.. its not only my question, whole community wanna know.

Poor Devs, You guys just shoot at them with a machine gun..

but since this is a question based topic (thanks prae).. I have a question, that may or not be known, at least I am curious..

Will there be new countries added on the list of tanks? Has of now, We have a list of 3, are any of the new tanks from another branch ?

1. Will Tanktastic 2.0 support frame maximum of 60fps for even for non X86 versions? And if so, will there be a frame limitation options for devices with lower performance?

-We already know 1.22a-X86 version of TT supports it, but I'd like to know will 2.0 support it for non X86 ones. This one heavily effects one's gameplay. Plus, if it becomes possible, there should be option for users with non-flagship devices for performance of the game itself.

-currently, Many users with latest iOS and Android OS are experienceing this problem and this is a great wall for Asian users who don't speak English to play this game. Furthermore,this blocks users

These are my questions for devs, related to an optimization of the game.

modified. I just saw only one question is allowed per person.

I am wondering about if Staff members will have stars with their names in the next version of the game, and if so, will they be shown for user who have newer versions of iOS and Android?

Now that more and more players are reaching the Generalissimo rank, do you plan on adding more ranks in the future?

I'm not sure if this question "obeys" the first rule, but, I was wondering if this game could be made compatible with pc; still connected so it's the same players, but on PC. I use bluestacks but the lag is awful. Anyway, my question is, can this game, eventually(maybe years), be made for the PC?

"Speak your mind, no one else is going to do it for you."

What is the formula used for damage calculation when a round hits a tank?

After 2.0 will the updates become more frequent? perhaps adding a couple new tanks or a map every month?
Also will "flags" or "badges\decals"be considered for the game?

"LIFE,LIBERTY,AND THE PURSUIT OF ALL WHO OPPOSE" In a future update, will you guys make it to where different tanks have different HUD's? For example, a pershing would have a very old and not very advanced HUD, while the M1A2 Abrams would have a seriously advanced HUD to enhance the idea of computer assisted targeting in tanks. Each tank would have its own unique HUD.

Will there be any future plans or at least some consideration on the implementation of tank shooting mechanics? By this I mean bringing a bit more realism into shells, tank guns and angling.(?)

When will the update come...


Pikachu77, the Yellow Thunder!
Proud member of the clan [HAWK]

What will be the future of the players who finished last rank?
Will there be a New ranks ? Anything helps to motivate them , a new logo , for example?

I've been wondering about this for awhile, and, have been hoping for an answer.

Right now, Players are able to survive while on 0% hitpoints; And, get more health by running into Health Boxes. In V2.0, will players automatically die, or killed by players when they reach 0%, or will it remain the same?
Thanks!

Back to Developer Q&A

Also tagged with one or more of these keywords: Q&A, Questions, Answers