Tanktastic is developed and optimized for mobile devices, available on Android and iOS operating systems. Previous versions of the game (version 1.22 and below) could practically run on any device, the system specifications were of little or no importance at all. Unfortunately, after the release of version 2.0, which included massive changes to the game's design, interface and graphics, more and more players faced different types of compatibility problems: the game could barely function properly anymore, crashing several times during matches. Or worse still, no longer starting at all, crashing immediately after reaching the loading screen. The reason is that the game now is developed using the most recent version of the game engine, and includes features and functionality that require a more powerful processor and more memory, something older devices do not have.

These are the minimum system requirements in order to run the game on mobile device:

These are the recommended system specifications in order to run the game smoothly on mobile device:

Players with incompatible devices are therefore generally left with two choices: either to upgrade their device - which may be expensive, or to find another game to play. What most players do not know is that they may also have a third choice: to use their computer instead, if they own one. But since the game is not developed for Windows or macOS, it is impossible to run the game directly in these operating systems. One option is to install a separate Android operating system on the computer. In that case, Remix OS by Jide is recommended to use, as it offers a wide range of functionality compared to its competitors. To take advantage of all the functionality and performance, it is highly recommended to shrink the volume of the main hard drive and use the assigned volume rather than a USB drive. More information on this can easily be found by searching. After installing and booting the operating system, the computer can be used as any mobile device with Android, but with mouse and keyboard instead of a touch screen, unless the computer supports a touch screen, of course. Another option is to use an Android emulator on the main operating system. This tutorial will cover the installation process and the configuration of NOX - the most preferred and powerful Android emulator for both Windows and macOS - in order to run Tanktastic. The advantages of using this method are that it is specially developed for playing Android games, with better optimisation, as well as functionality for key bindings compared to Remix OS' built-in game windows. This solution also allows the user to use the main operating system, without the need for a separate one. However, it is of course important that the computer is powerful enough to run the Android emulator alongside with the either Windows or macOS. This is usually not a problem.

The basic steps to install the NOX Android emulator on Windows or macOS.

Download the NOX Android emulator installation utility for Windows or macOS to your computer. 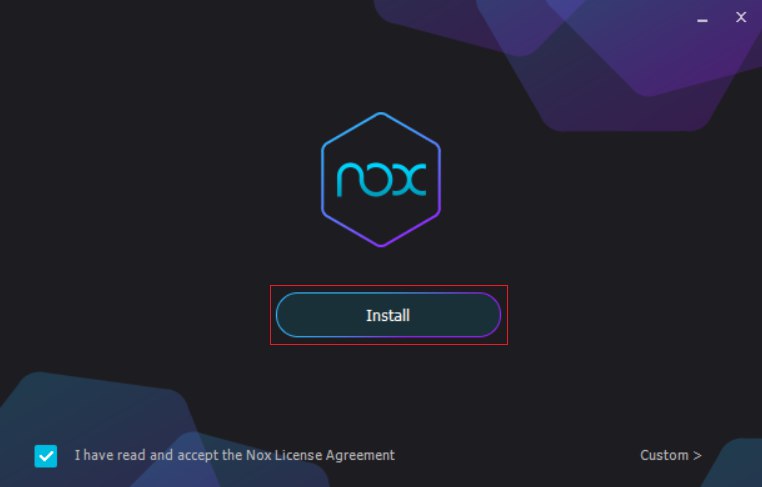 Wait until the installation finishes. 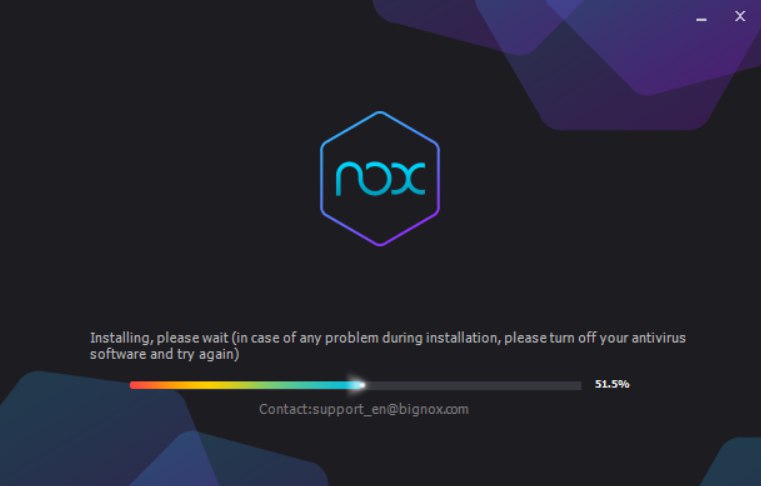 When the installation has finished, click the "Start" button to start the NOX Android emulator. 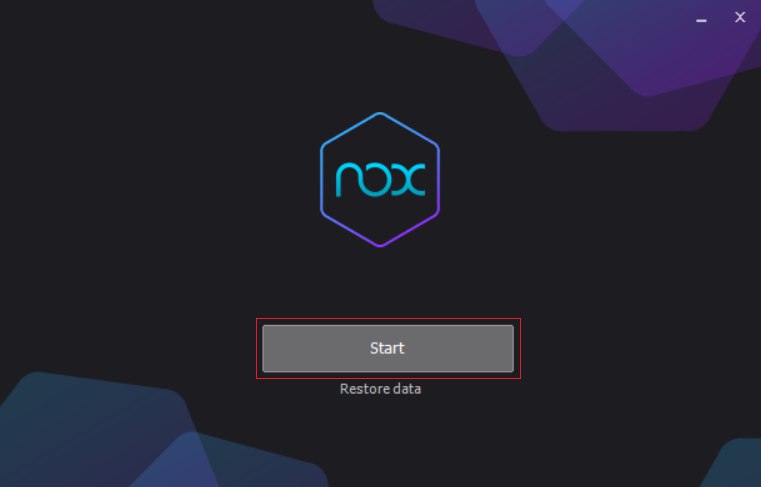 The basic steps to configure the NOX Android emulator in order to run Tanktastic properly with key bindings.

Install Tanktastic from Google Play or manually following this tutorial. If installation through Google Play is choosen, it is required to set up a Google account for the first time.

Click the settings icon in the main menu of Tanktastic. 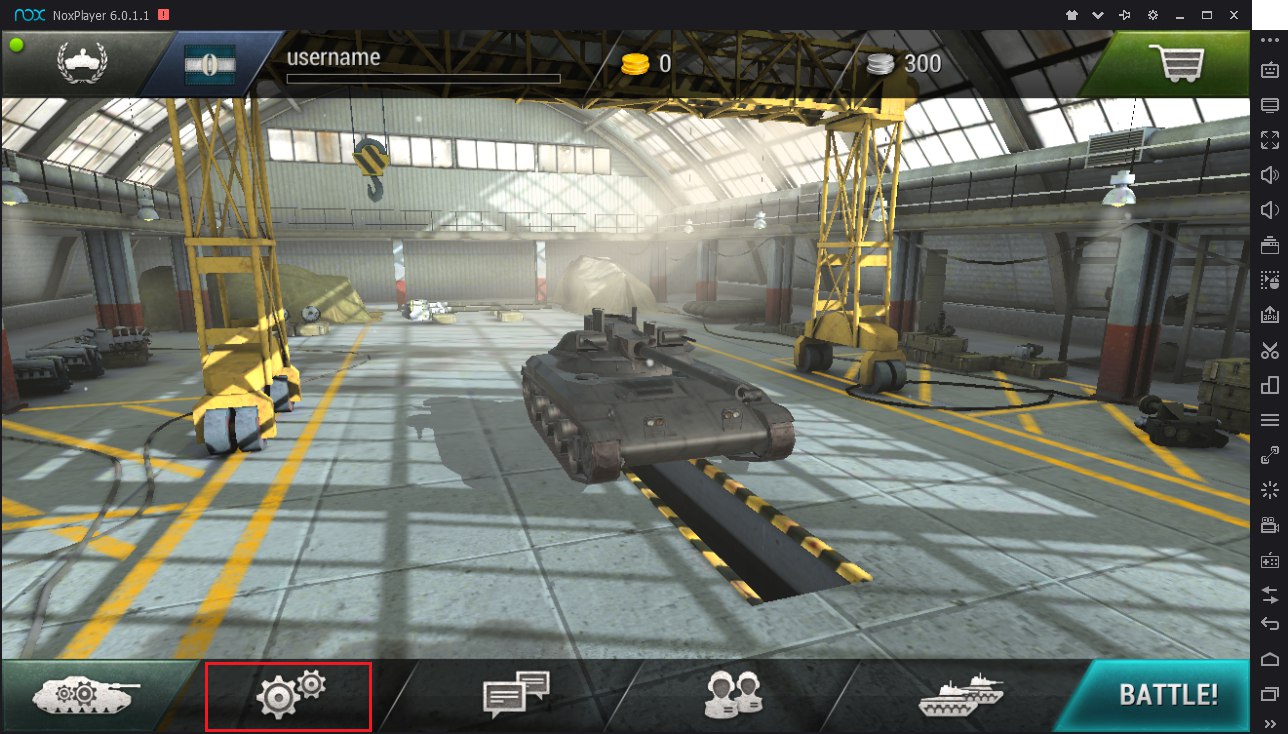 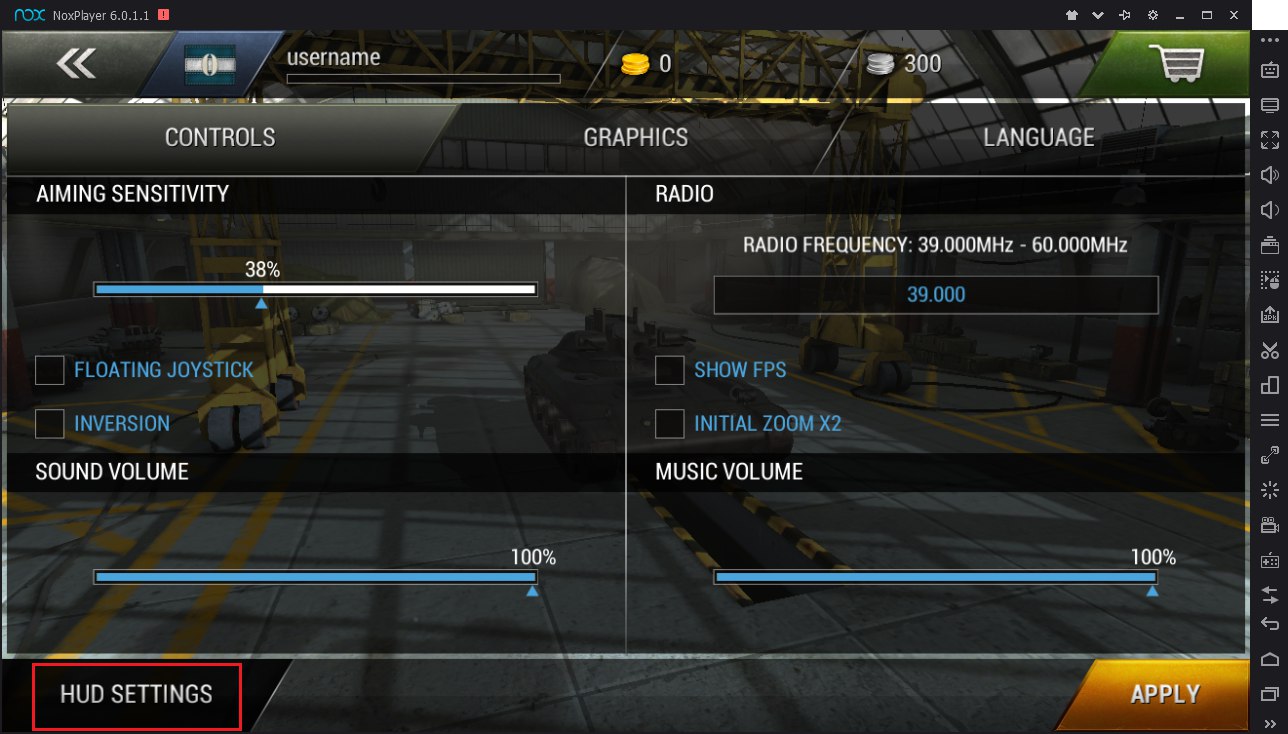 Select the "Keyboard control" (CTRL + 0 by default) item from the toolbar on the right side of the NOX Android emulator, located as the first item by default. 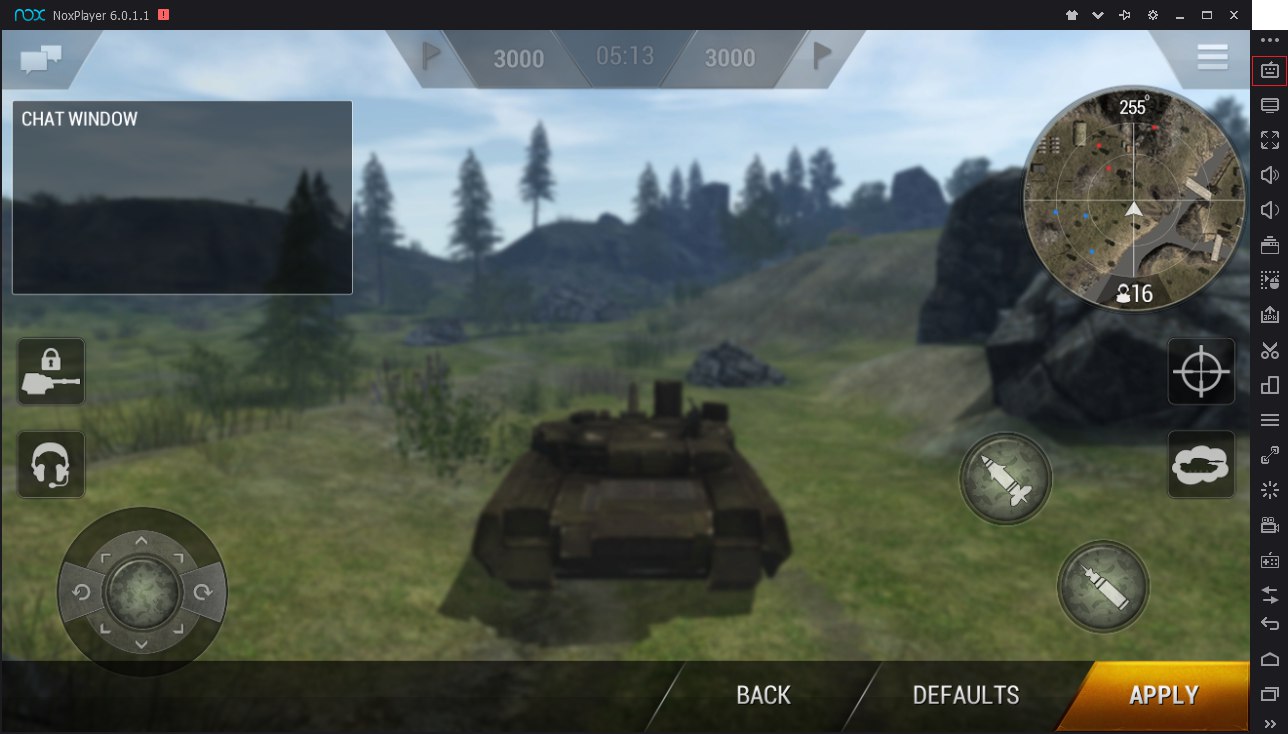 Drag the first item in the panel on the left side of the NOX Android emulator (as shown in the first red window) to where the direction controller is located (as shown in the second red window). This item will allow use of WASD, or any other specified key combination, to drive and control the tank.

Drag the third item in the panel on the left side of the NOX Android emulator (as shown in the first red window) to somewhere inside the bottom-right area, for example above the shooting button (as shown in the second red window). This item will allow use of the mouse to rotate the turret.

It will now be possible to use the keyboard and mouse to play. However, in order to enable the control view (the third item) and the shooting control (the fourth item), it is required to right-click anywhere inside the NOX Android emulator. This will disable normal left-clicks, so to allow to use left-click to fire shots, and use of the mouse to rotate the turret. To disable these controls and return to the standard mouse events, right-click anywhere inside the NOX Android emulator again.

The basic steps to transfer files between the NOX Android emulator and Windows or macOS.

Open "File Manager", located as the second application on the start screen by default. 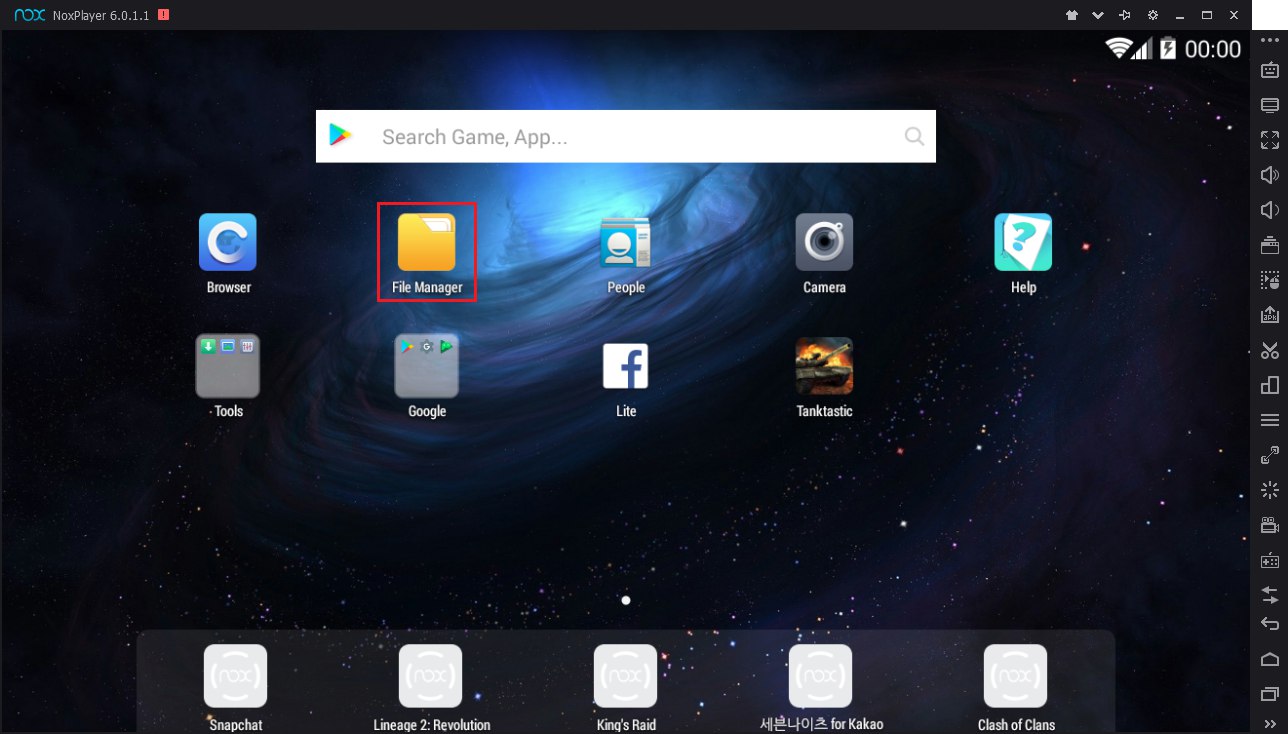 Scroll down and navigate to folder "storage". 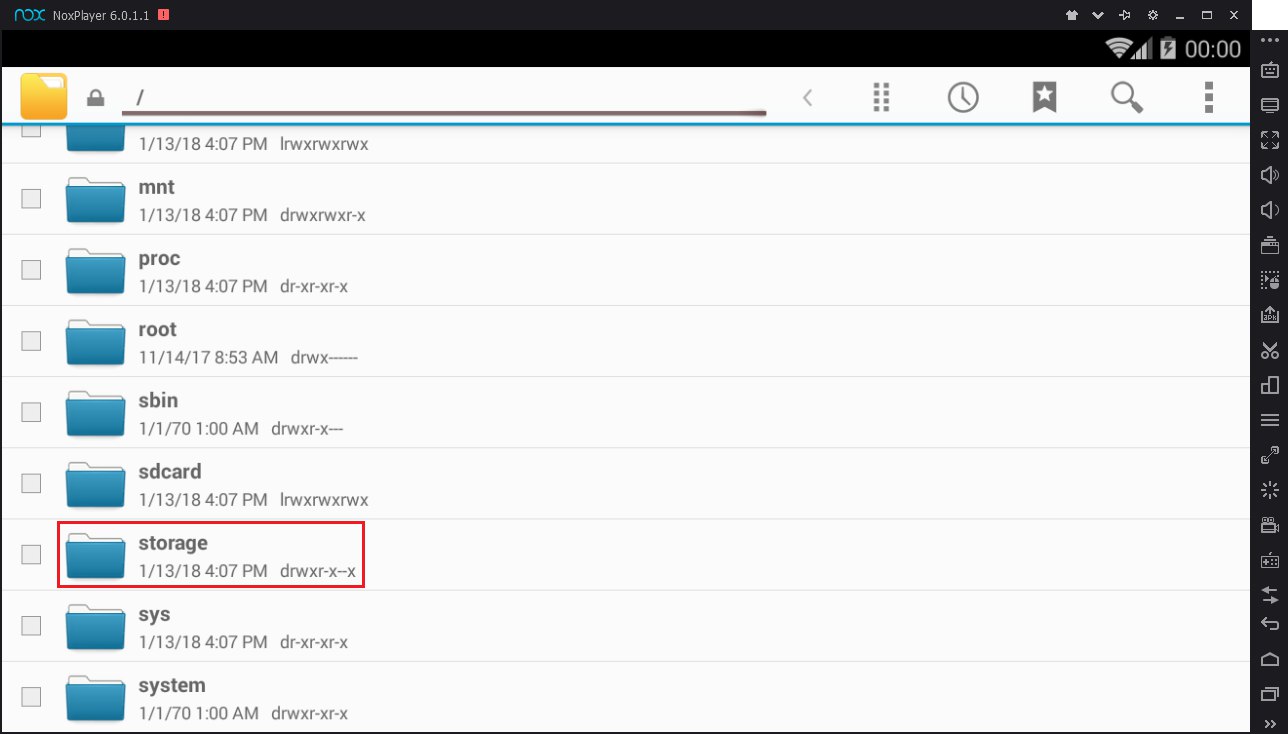 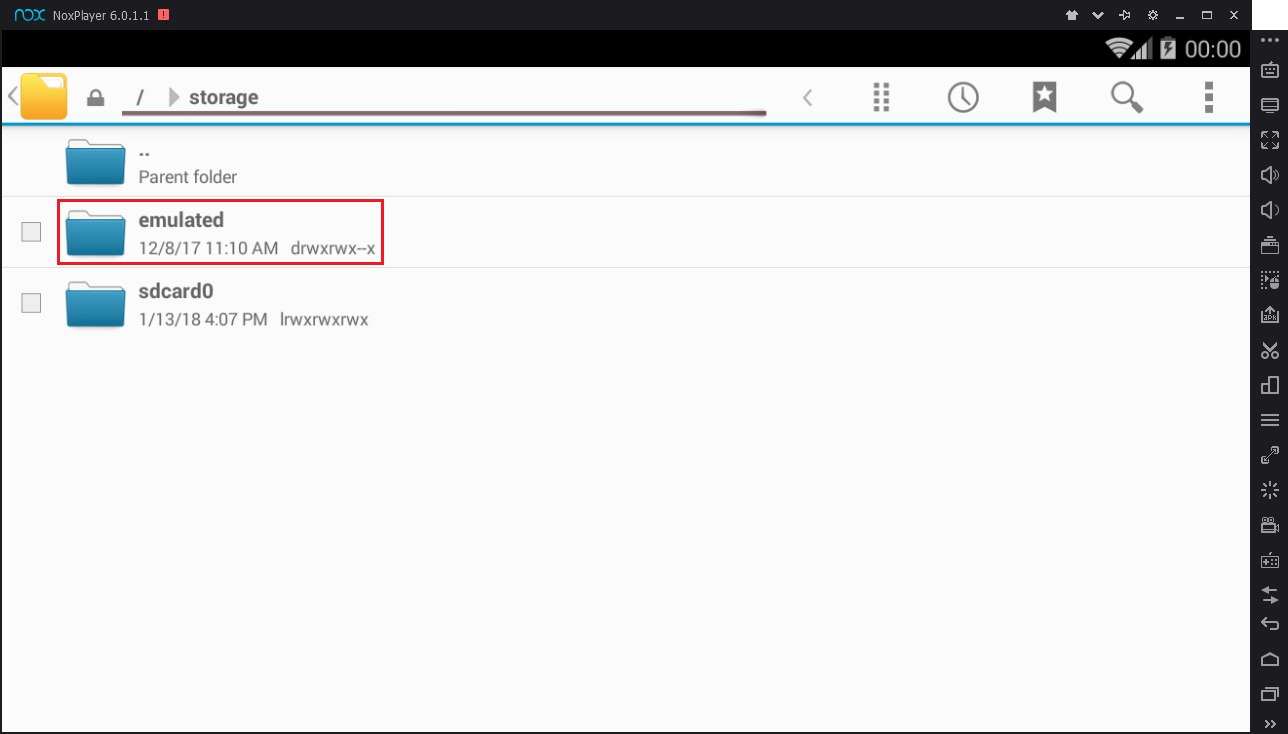 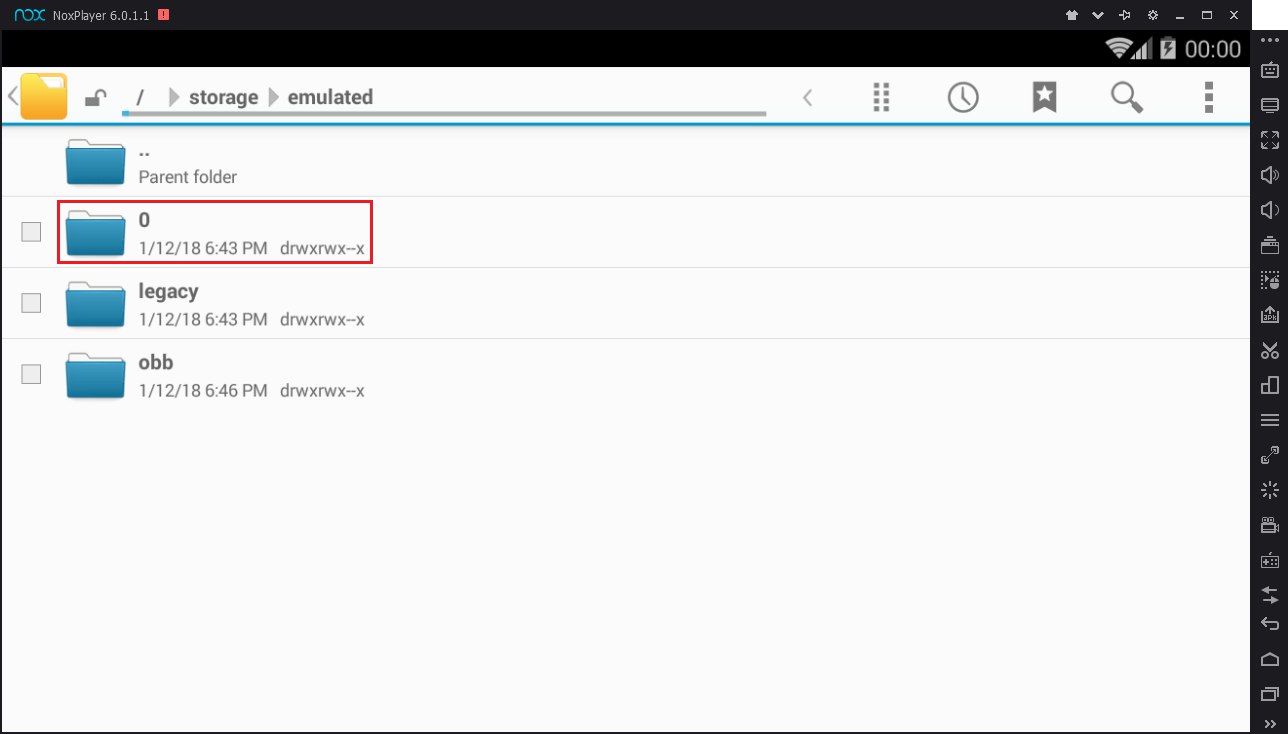 Select a folder or file by checking the checkbox left to it. Several folders and files can be selected at once. 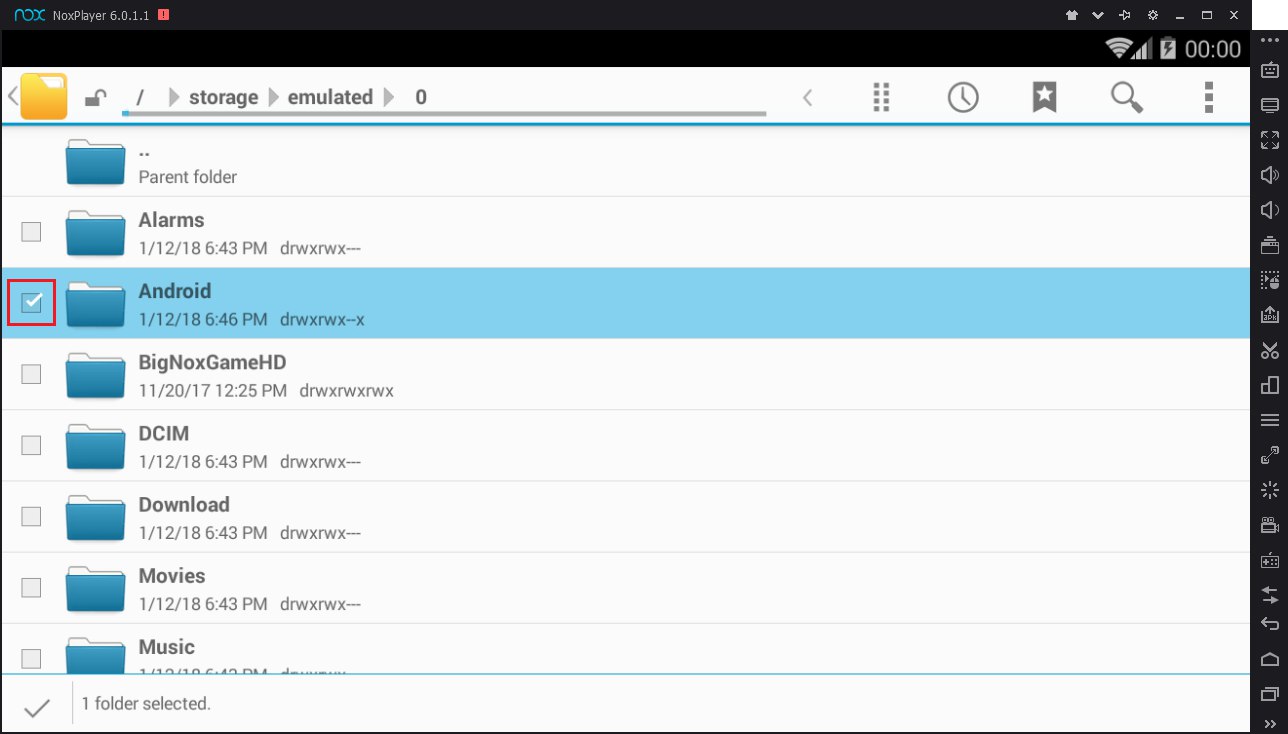 Navigate to "/" in the file location bar at the top of the file explorer. 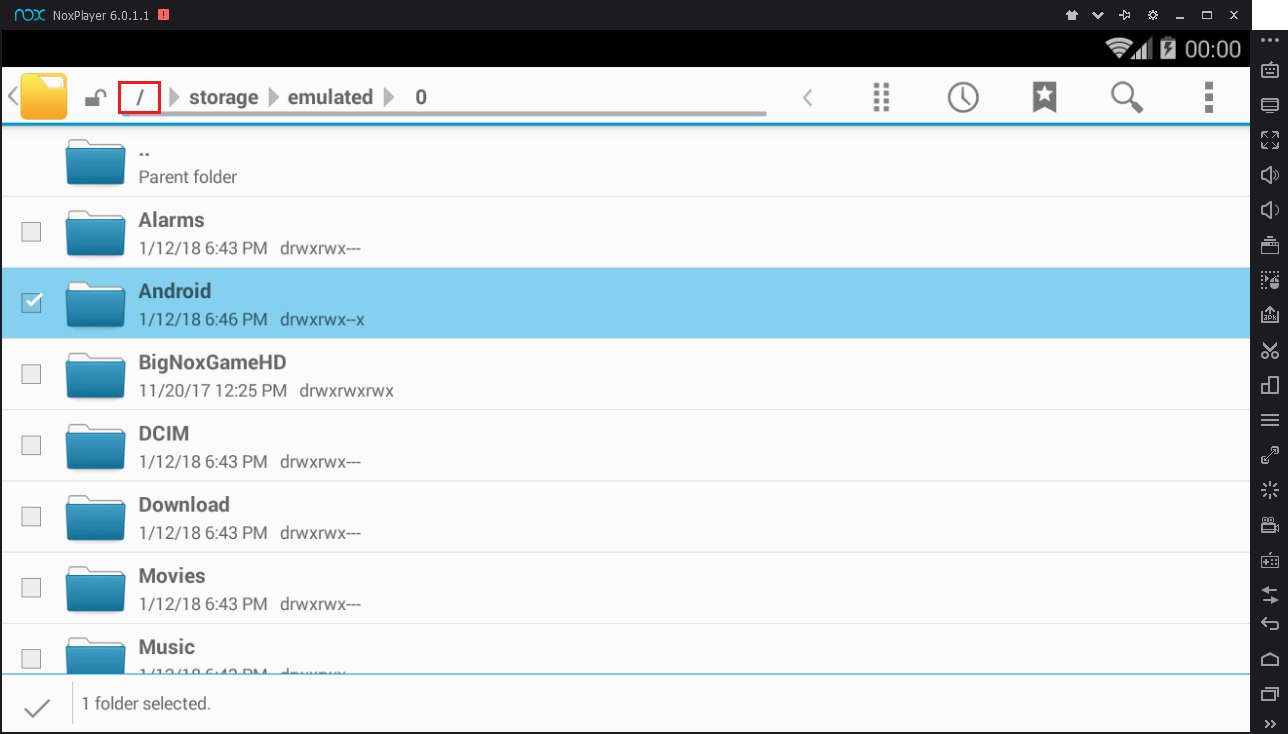 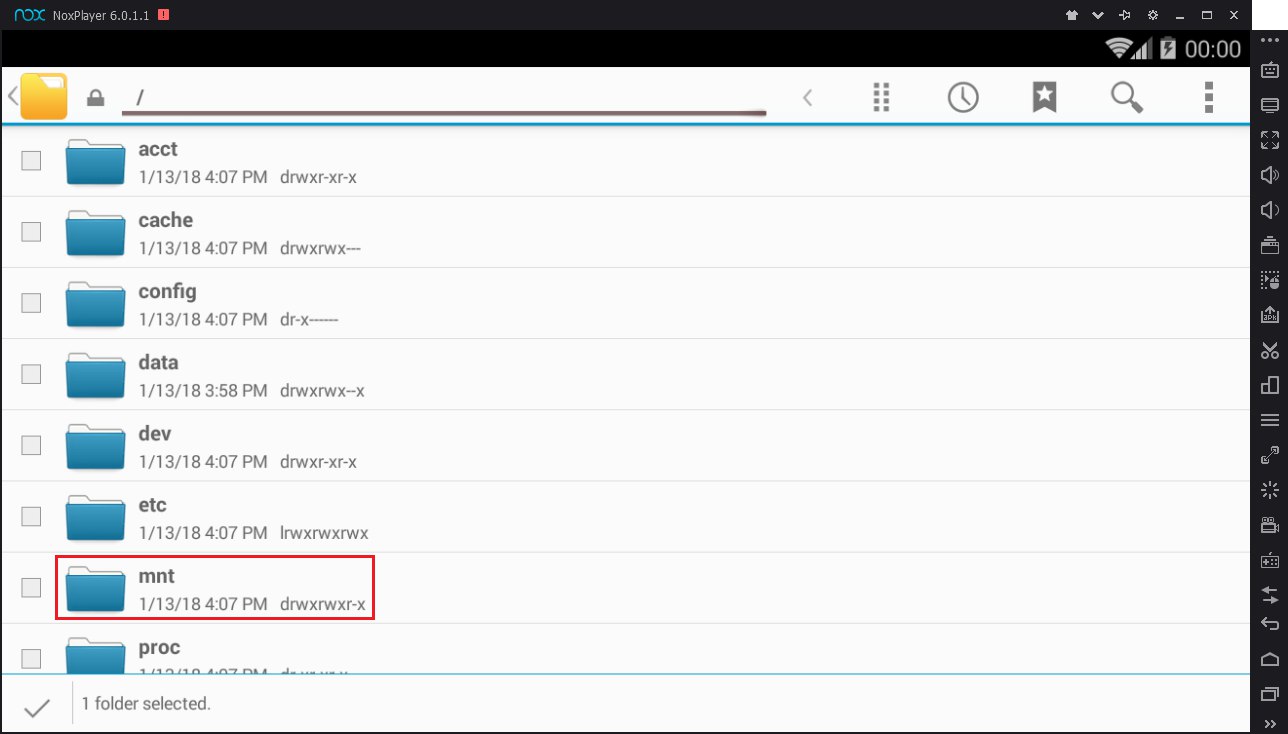 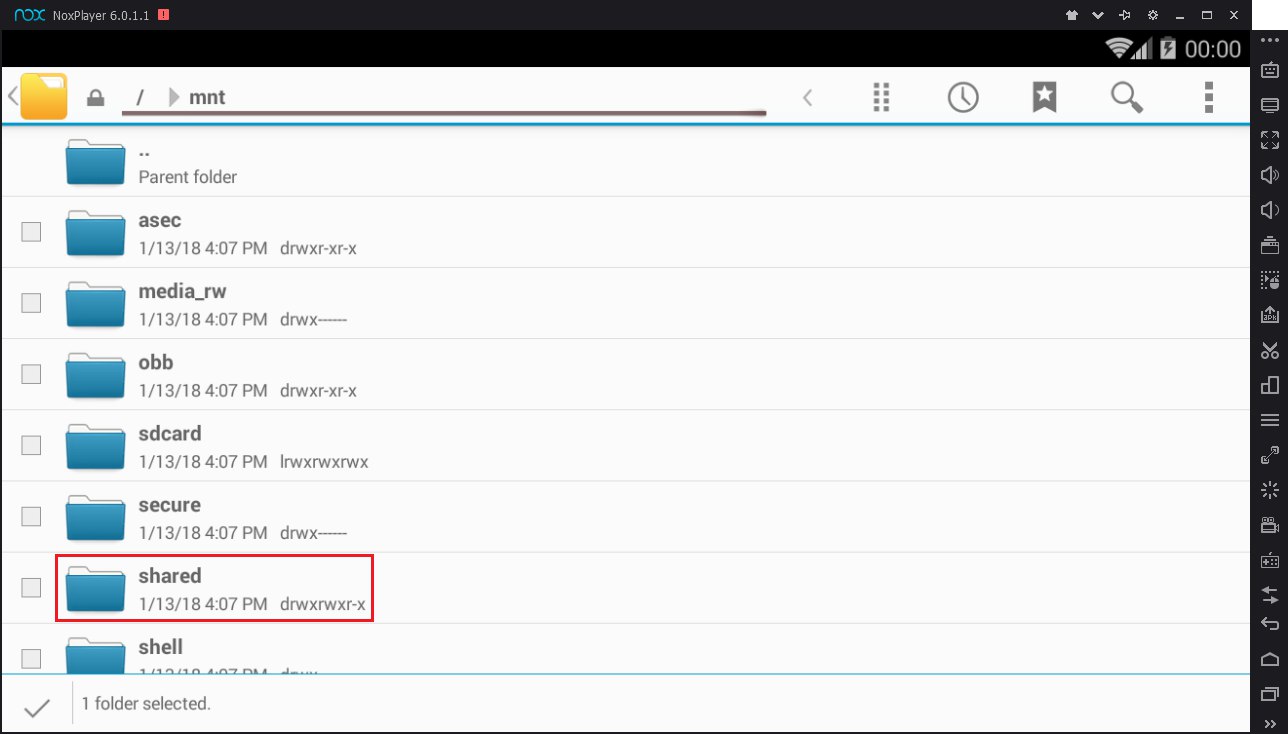 Navigate to one of the following folders:
In this case, "Other" will be selected. 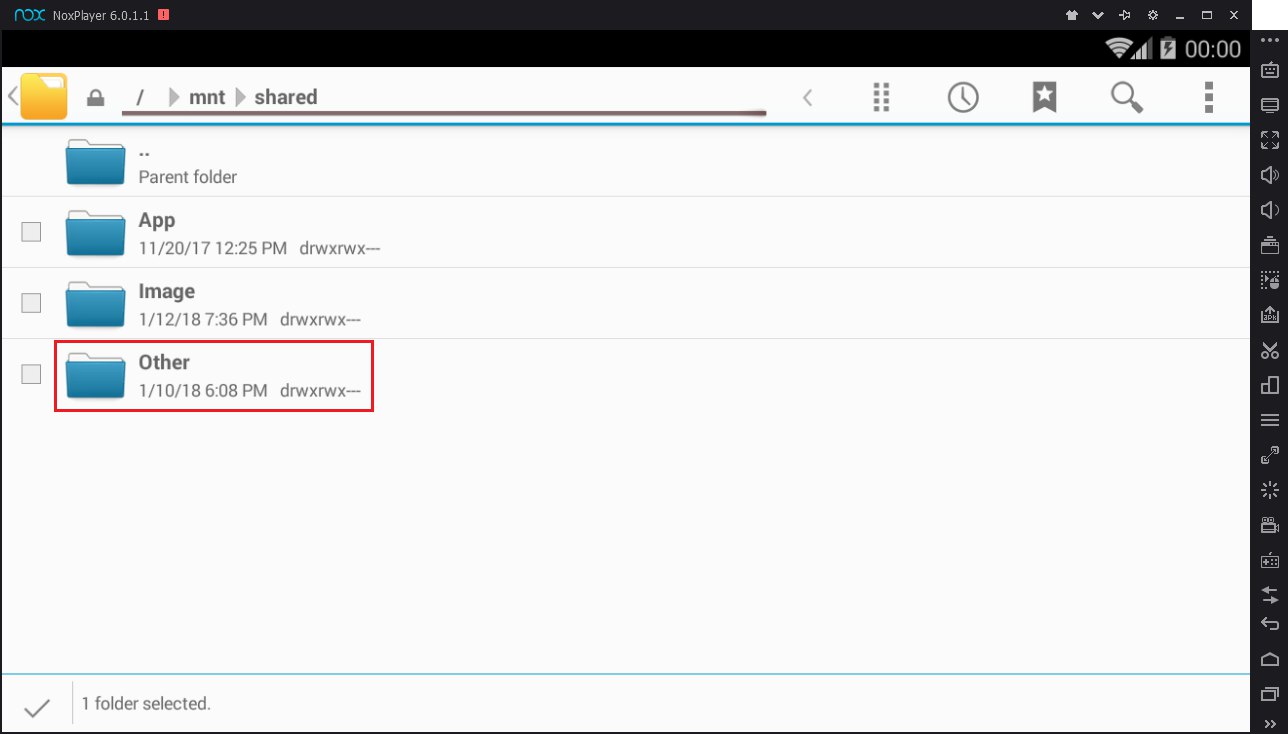 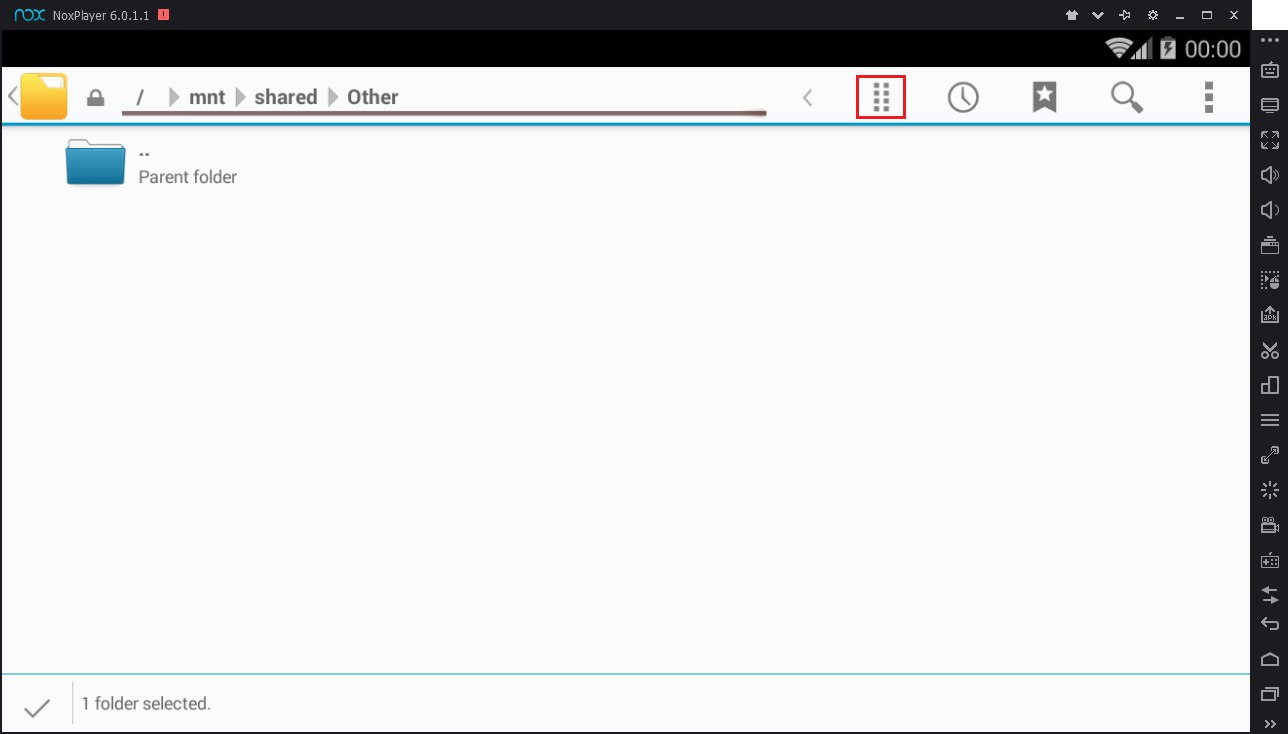 Select one of the following options:
In this case, "Copy selection here" will be selected. 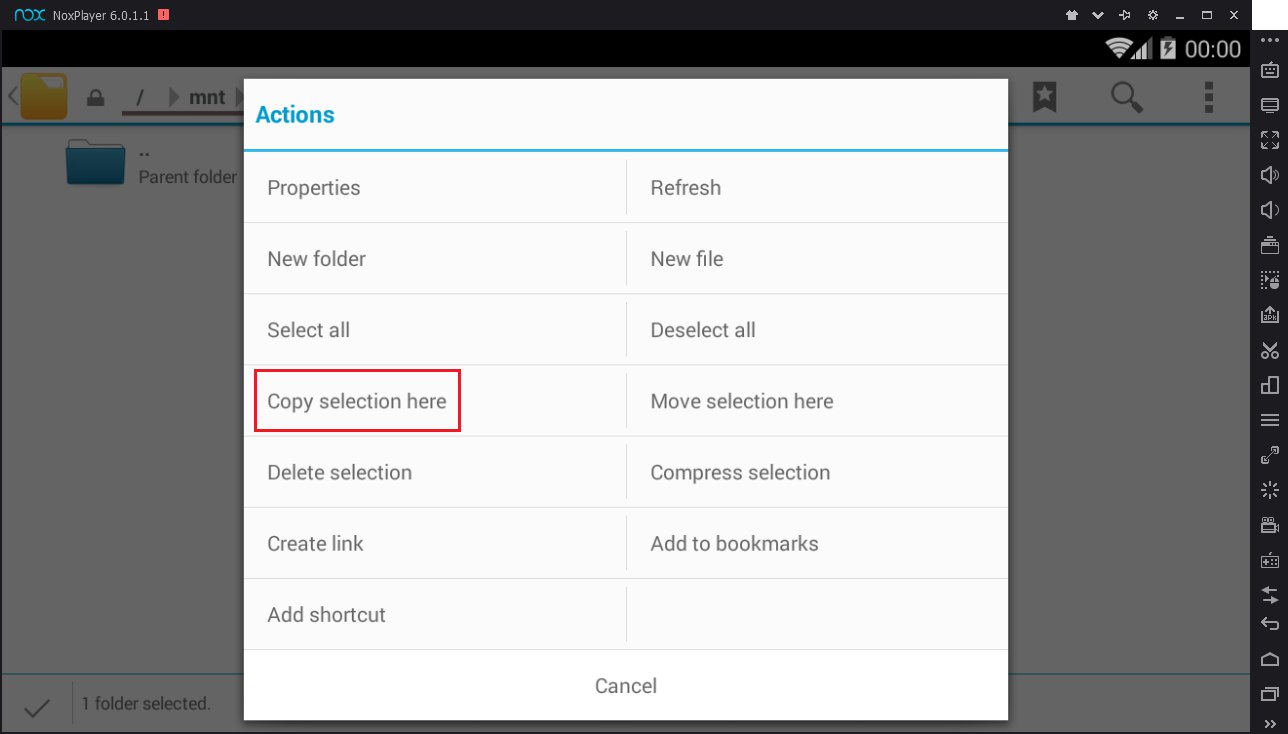 After the operation has been completed successfully, select the "My Computer" (CTRL + 1 by default) item from the toolbar on the right side of the NOX Android emulator, located as the second item by default. 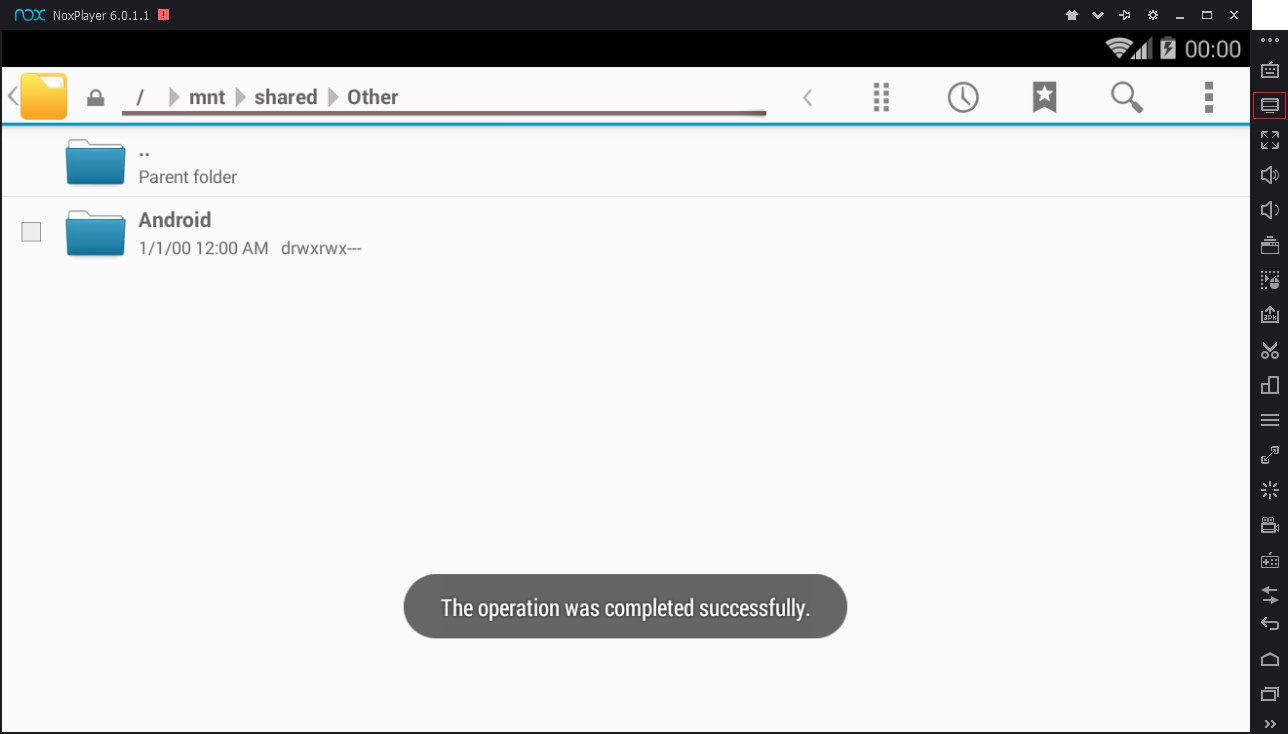 Select "Open PC folder" under the "Other file" section to browse the files transferred from the NOX Android emulator to the main operating system on the computer. 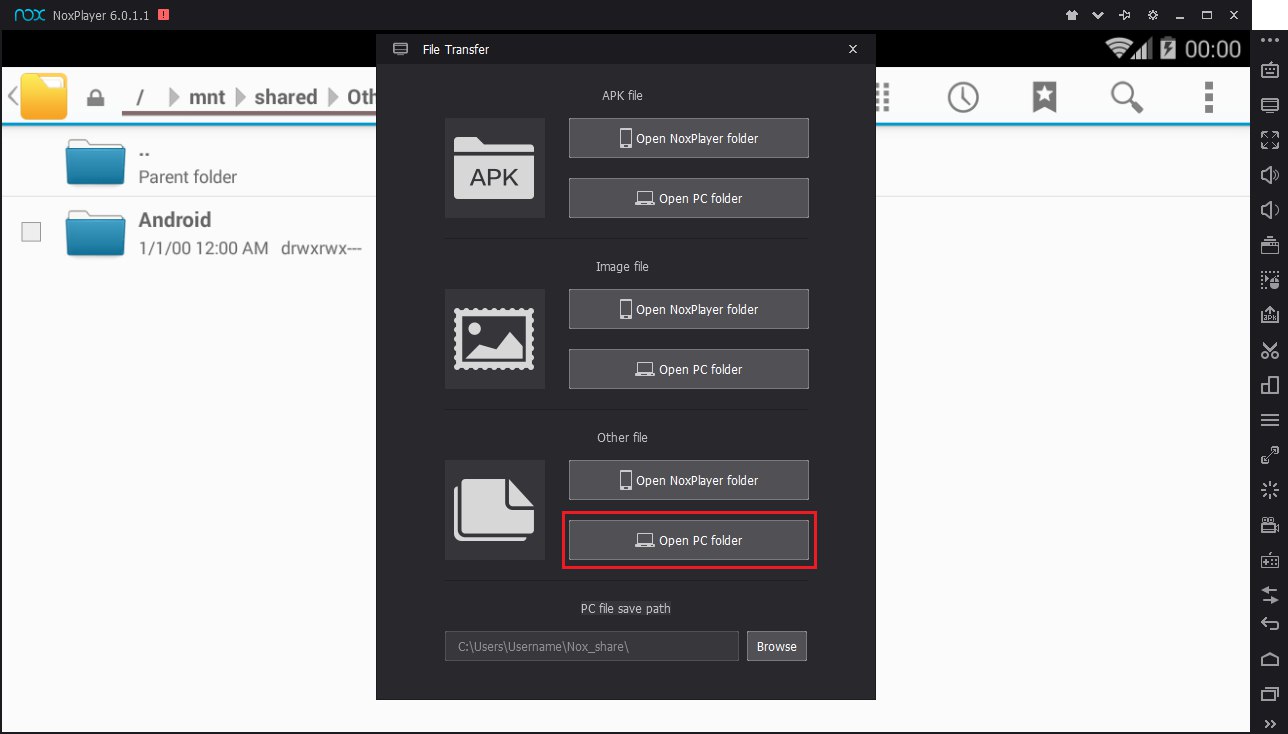 The basic steps to backup or restore a backup of the NOX Android emulator in case of loss, damage, or simply to import a previous backup.

Select the "Multi-Instance Manager" (CTRL + 6 by default) item from the toolbar on the right side of the NOX Android emulator, located as the second item by default. 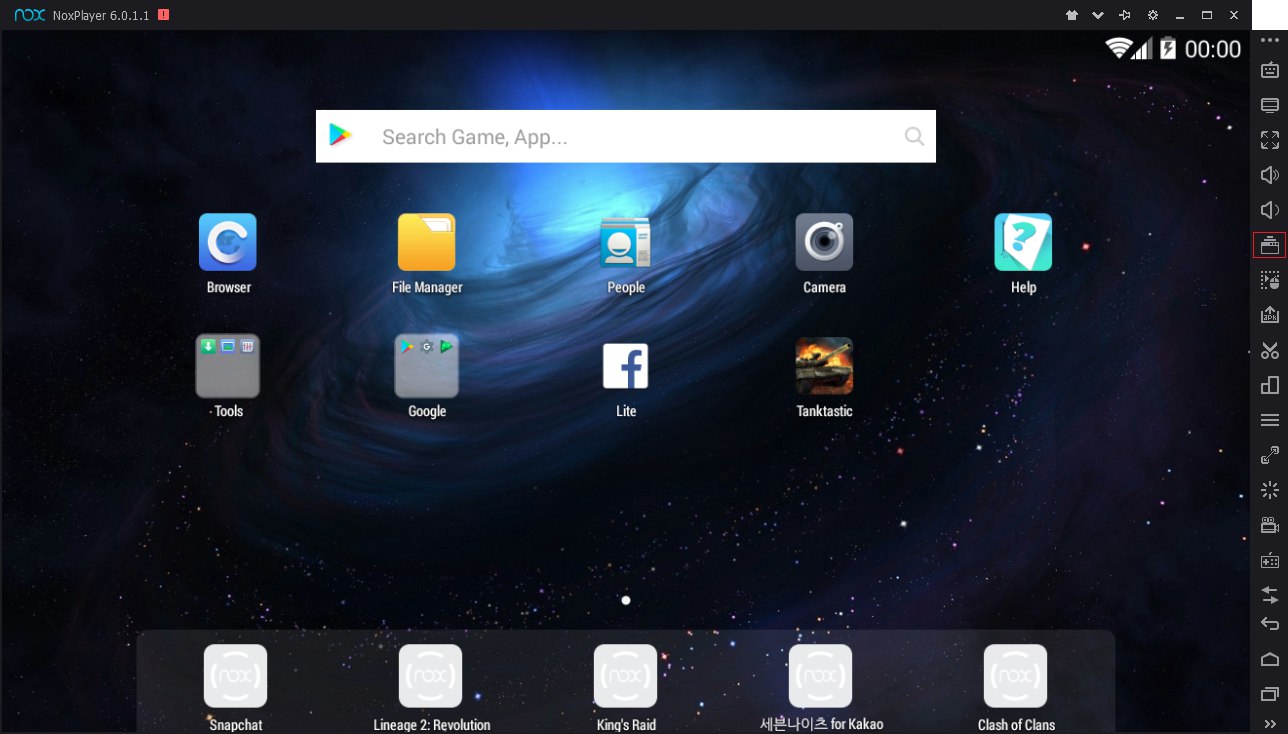 Click on the close button to close one of the NOX Android emulator instances. 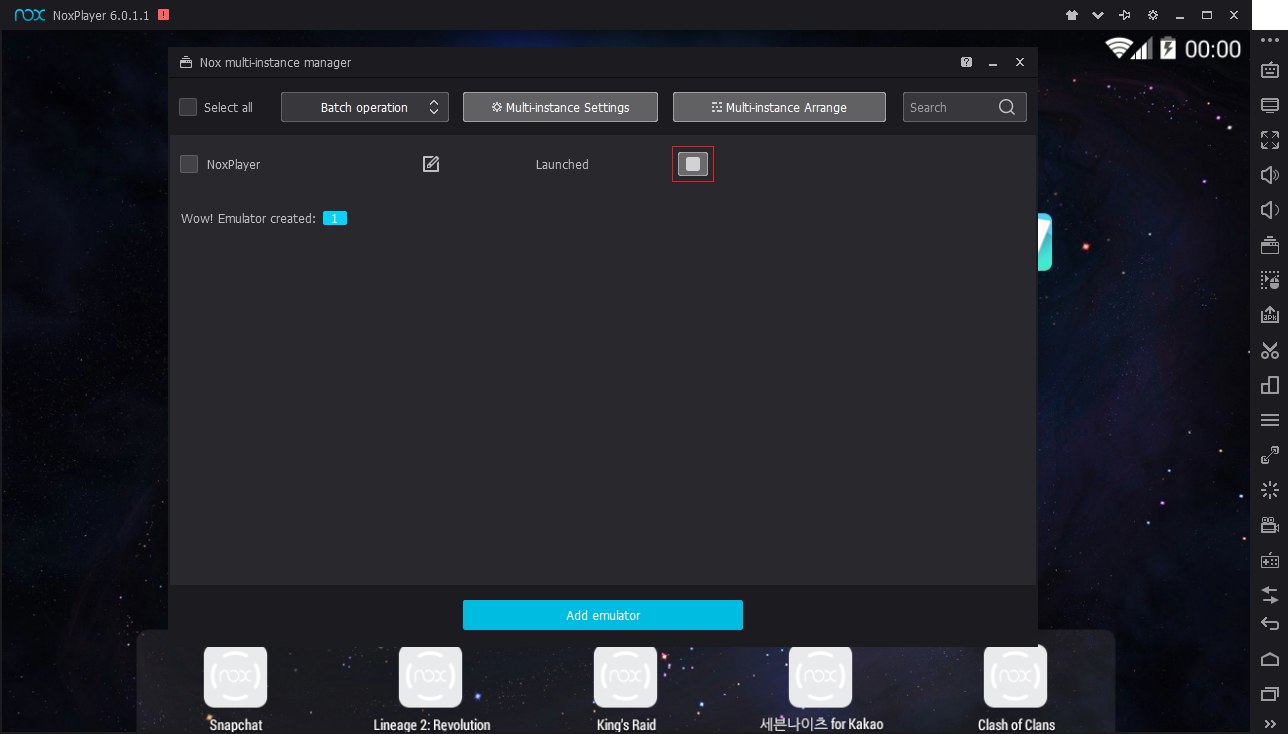 Confirm the action by clicking the "OK" button. 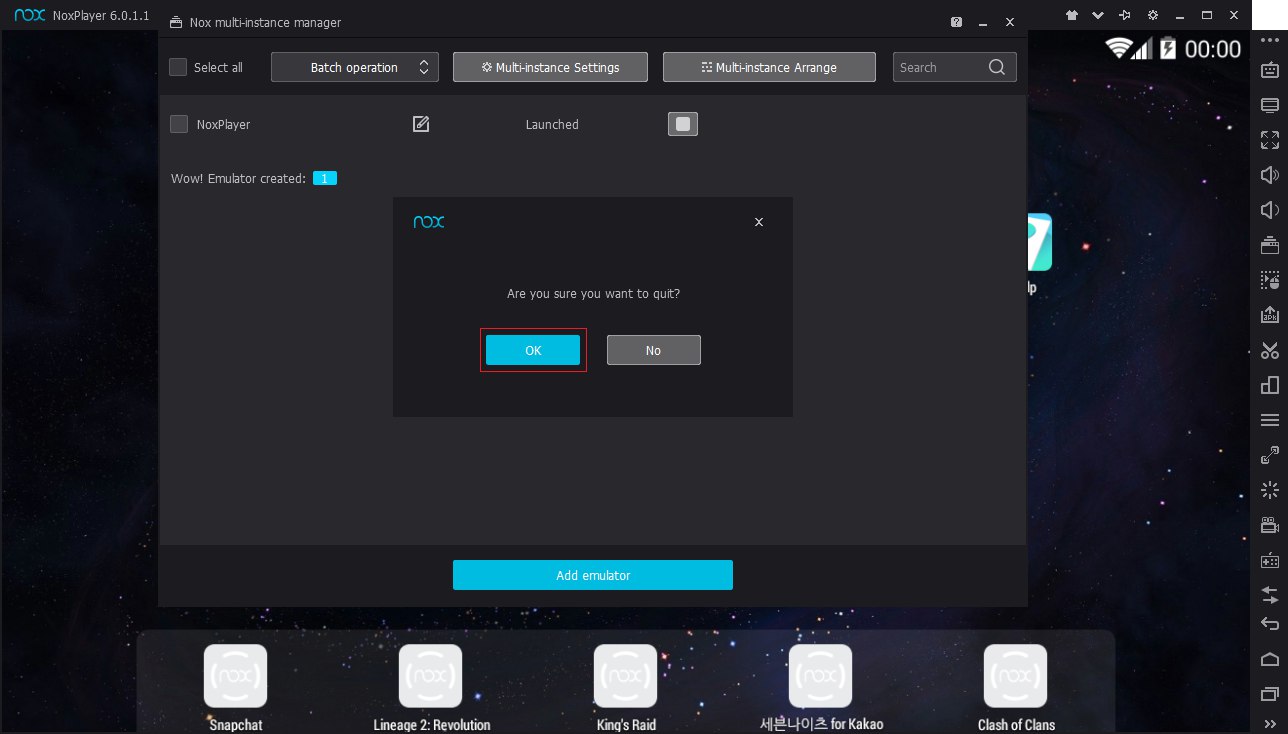 Click the "Back up/Import" button for one of the NOX Android emulator instances. 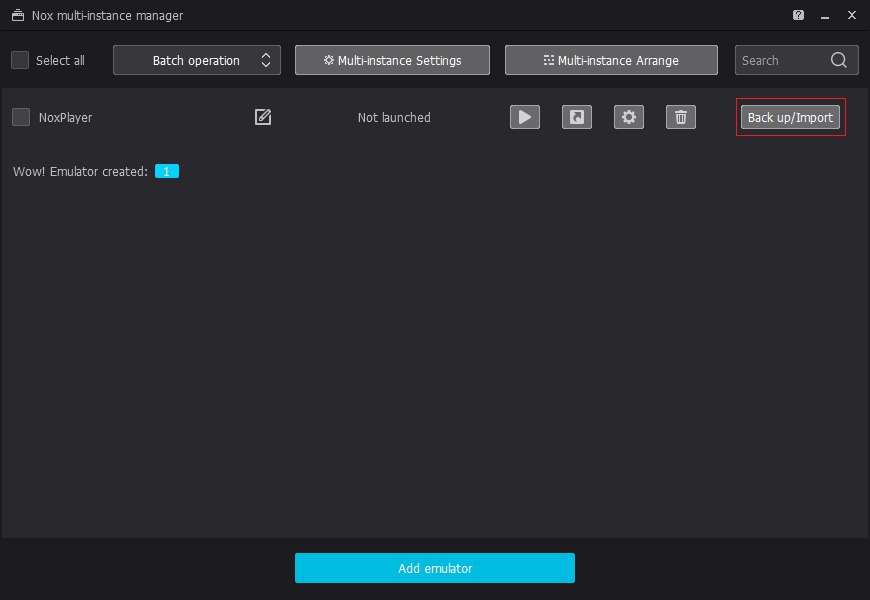 Select one of the following options, depending on the desired operation:
In this case, "Back up" will be selected. 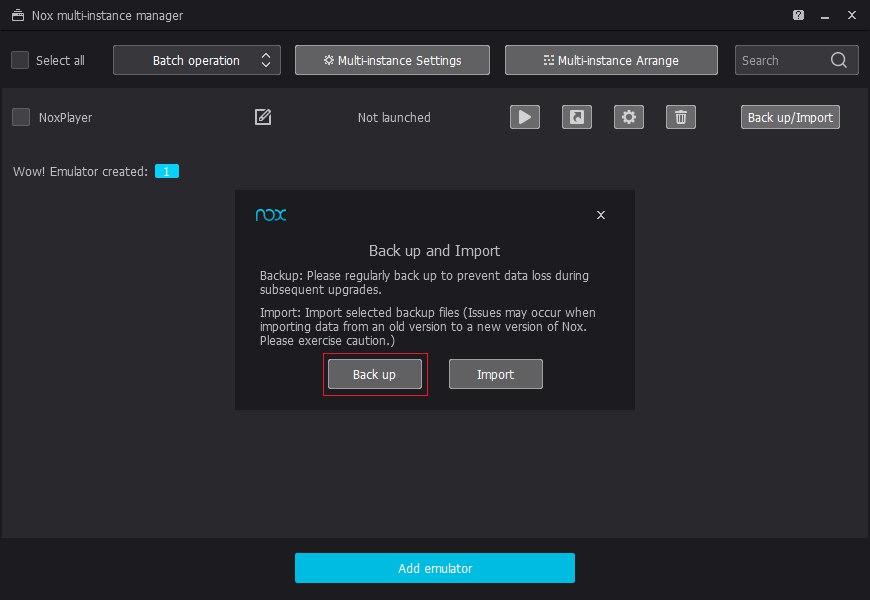 Wait until the backup of the NOX Android emulator instance/import of a backup, depending on choosen operation, finishes. 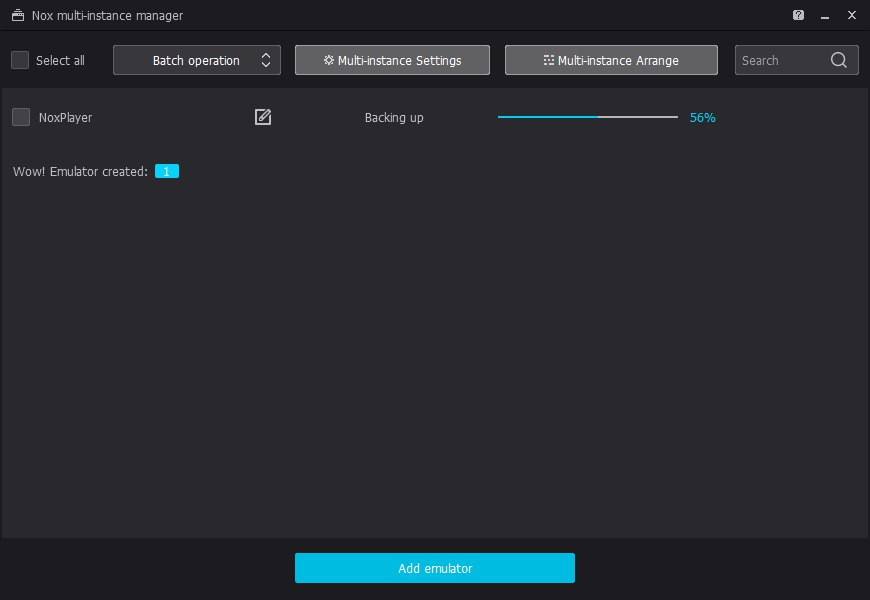 When the backup of the NOX Android emulator instance/import of a backup, depending on choosen operation, has finished, click the "OK" button. 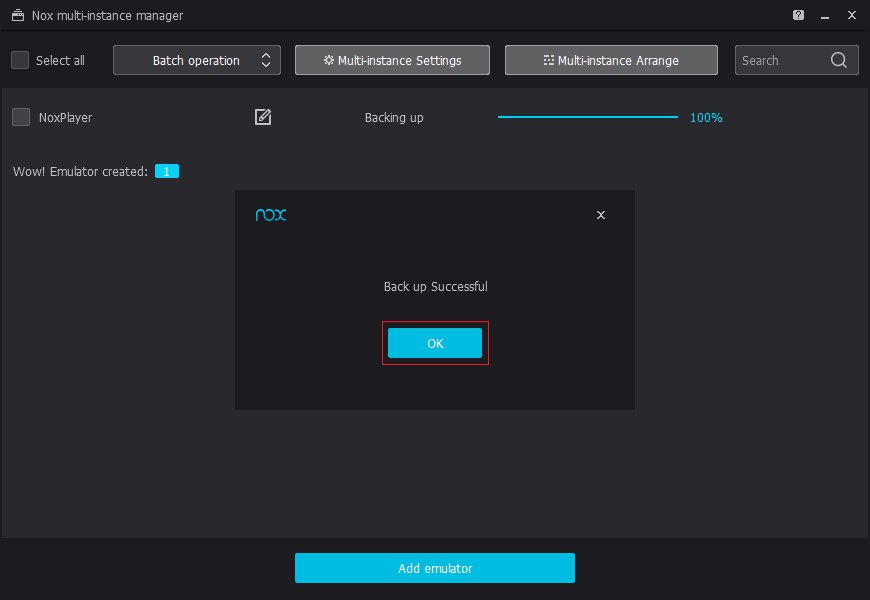 Back to Game FAQs

Also tagged with one or more of these keywords: FAQ